I am a CNRS engineer in the POEM platform of C2N in charge of development and characterization of semi-conductive nanostructures. I am the lead engineer for the UHV-CVD-CBE tool and the LASER EXCIMER doping or annealing tool of the C2N, in charge of day-to-day operation of these tools and their maintenance. I am also the C2N referent for XPS-AES (X-ray Photon-electron Spectrometry-Auger Electrons Spectrometry) surface analyses.

Previously, I worked in 2 private sector companies. I were a component reliability engineer at ALCATEL CIT (2000-2005) in charge of developing a failure analysis method for laser pumps (InGaAs / GaAs) in the field of optoelectronics. I were then manager of the materials analysis laboratory in a start-up spin-off of CEA ALCHIMER (2005-2010) which developed and marketed nano-micrometric deposition and surface functionalization technologies in 2 fields of main applications: microelectronics (Through Silicon Via), Interconnect) and biomedical (coating of cardiovascular implants).

I joined the CNRS in 2011, in the chemistry department of the Ecole Normale Supérieure (ENS). The only permanent member of the research federation « Sciences Chimiques de la Mesure et de l’Analyse de Paris Centre FR2702 », I were responsible for a clean room and an analysis room, in addition to my work as an engineer which consisted of to adapt and implement techniques of micro-nano fabrications and associated characterizations for microfluidic studies.

Currently, I develop and optimize growth processes for elaboration of nanometric hetero-structures based on semiconductor elements of the III-IV-V columns integrated on a silicon substrate for applications in photovoltaic, thermoelectricity and microelectronics according to 4 techniques: lateral epitaxy, selective epitaxy, 2D epitaxy, nanowires. Too, I develop and optimize the doping and the epitaxy processes of Ge and Si by LASER fusion: GILD-PLIE (Gaz immersion Laser Doping - Pulsed Laser Induced Epitaxy).

- Integration of III-V materials (AlGaAs) disagree mesh on silicon without stress defects by lateral epitaxy through nanoscale openings in a SiO2 layer of a few manometers (0.6 to 5nm).

- Selective Epitaxial Growth (SEG) of localized (Si)Ge and Si layers on patterned silicon wafer or the whole wafer growth of large epi-layers SiGe with no segregation for the manufacture of pixel position sensitive detector with high micrometric resolution.

- The superconducting properties of heavily doped B Si by GILD

- doping by GILD of the nanowires of Si and Ge

- 2D epitaxy of Ge by PLIE on mesh disagreeing substrates 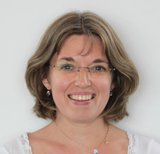